NCPA September/25/2019
On October 16th, the NCPA Pure Classical 2019 will open its doors to the Deutsches Symphonie-Orchester Berlin. The orchestra will perform Shostakovich’s Violin Concerto No. 1 and Mahler’s Symphony No. 1 with violin virtuoso Nicola Benedetti under the Music Director Robin Ticciati’s leadership.

In 2017, Ticciati took over the orchestra and injected fresh vitality into it. The upcoming concert is part of the first tour of China for the orchestra led by Ticciati. Chinese violinist LU Wei will return home with the orchestra as concertmaster to reenact the solemnity, preciseness and passion of the German-Austrian orchestra on stage in his hometown.

10 years ago, the Deutsches Symphonie-Orchester Berlin made its debut at the NCPA and gave an impressive concert. 10 years have passed and the orchestra will make a return visit to perform Shostakovich’s Violin Concerto No. 1 with the violin virtuoso Nicola Benedetti. At the beginning of this year, Benedetti performed with the Royal Scottish National Orchestra, showing the Beijing audience her extraordinary talents and vigorous performance style. The Violin Concerto No. 1 that she is going to play is a masterpiece that requires all-round violin skills.

Mahler’s Symphony No. 1, which will be played in the second half, is also known as "Sinfonia Titan". The thread of rich ideas in the musical conception gives out breathtaking emotional power and pours out the composer’s boundless love for nature and philosophic thoughts about death. The work boasts a big cast orchestra, including multi-voice parts and complex structure. To express the structure and feelings clearly, the conductor and orchestra must have virtuosity on instruments. 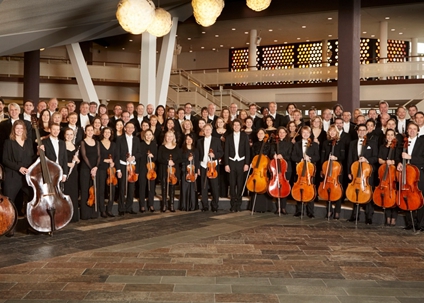