NCPA drama Crossroads to be released in October

NCPA September/28/2020
From October 17th to 25th, the NCPA will unveil drama Crossroads, an adaption of a classic film. Directed by HUANG Ying and presented by NCPA Drama Ensemble, the drama will recreate the classic love story and the common destiny of youth of all generations. A press conference was held on the morning of September 27th, attended by NCPA Vice President ZHAO Tiechun, director HUANG Ying, stage designer ZHANG Kunpeng, and leading actor DONG Wenliang. They shared the motivation for the drama and its highlights.

A press conference was held and the motivation for the drama and its highlights were shared
The upcoming Crossroads is based on a film of the same name directed by SHEN Xiling. Released in 1937, the film Crossroads is a unique comedy depicting the lives and choices of the youth in old days. It’s an important exploration of the NCPA to choose such a classic film, which resonates with current audiences, for a theatrical production. NCPA Vice President ZHAO Tiechun said, “The ideals, love and struggles of the young people in the film still strike a chord with today's audiences. All generations of young people will face their own challenges. They all need to fight against fate, overcome odds and embrace hope.”


The NCPA has invited director HUANG Ying, who has directed such acclaimed plays as Cooking a Dream, To Be Continued, and Break Gold, to direct the new drama Crossroads. The drama retains different characters of the original film and their different destinies, but through the reinvention of classic figures and the addition of narratives, it creates a dialogue between history and reality, highlighting issues that transcend history and are timeless.

To represent the "crossroads" both inside and outside the drama, the drama will combine the performance with video and multimedia, and juxtapose old film footage, on-site shots with the actors' performances sometimes, using the interplay to make actors "jump in and out". Crossroads is another production for the NCPA Drama Ensemble in Multi-fuctional Theatre after A Midsummer Night's Dream，The Birds，and Look West to Chang'an. Actors DONG Wenliang, XU Zixuan, LI Xichang, FENG Yang, YU Mengchao, LIU Beibei and WANG Wenjie will pay tribute to and interpret the "classic" from the perspective of today’s youth. 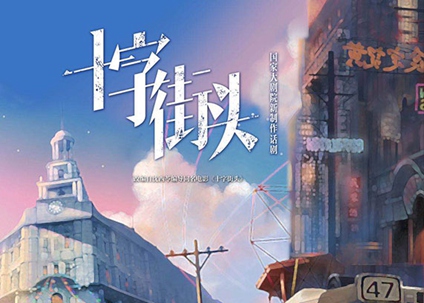