NCPA June/26/2021
On June 25th, the Poems of Nations: LÜ Jia & China NCPA Orchestra Concert, hosted by the Ministry of Culture and Tourism of the PRC and the Islamic Culture Liaison Committee of Iran, was held at NCPA, to celebrate the 50th anniversary of the establishment of the diplomatic relations between China and Iran. The musical works composed by the Chinese composer ZHAO Jiping and Iranian composer Alexander Rahbari were staged, and Beethoven’s famous symphony also appeared at the concert. ZHANG Xu, Vice Minister of Culture and Tourism the PRC, and Mohammad Keshavarzzadeh, Iranian Ambassador to China, attended the concert with the audience.

The concert kicked off with Moments Musicaux of the Silk Road, composed by Chinese composer ZHAO Jiping. Three concert pieces in this work are named, Prosperous Chang'an – Overture, Dream of Bottles and Plateau Dance, respectively. Part of My Mother Persia, composed by Iranian composer Alexander Rahbari, was also played.

Under the baton of LÜ Jia, conductor and Artistic Director of music of the NCPA, China NCPA Orchestra rendered the two works of different cultures and colours in an accurate and creative manner. From Chang’an, the Capital of the prosperous Tang Dynasty, to modern Iran, the strong ability of the Silk Road to hold everything together was presented as the scene changed. In the second half of the concert, the China NCPA Orchestra played Beethoven’s Symphony No. 6.


The concert will be streamed online this autumn so that a wider audience of Internet users can enjoy viewing the spectacular performance. It can be watched on a number of online platforms including the NCPA Classical Channel. 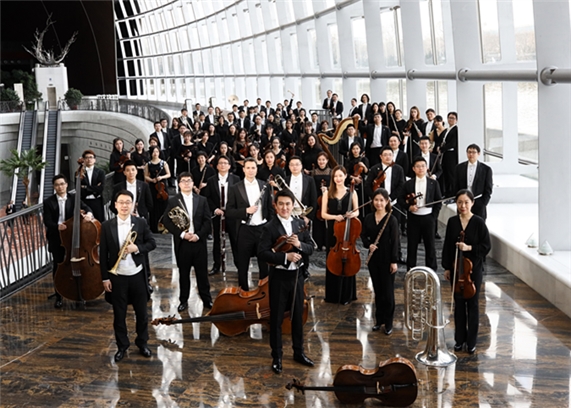