NCPA July/03/2019
During July 10th-14th, 2019, the NCPA production of Offenbach’s opera Les Contes d’Hoffmann will be presented on stage for the second time. On July 2nd, the press was invited by the NCPA to visit rehearsal under the baton of Rehearsal Director Stephan Grögler and take a closer look at the storyline behind Les Contes d’Hoffmann.

Israeli maestro Pinchas Steinberg will conduct the second round of performance.
Photo by WANG Xiaojing

The prototype of the leading male role in Les Contes d’Hoffmann is German writer and poet E. T. A. Hoffmann. The opera tells a fantastic love story between Huffman and three women. He experiences romantic loves, but each love ends with tragedy. The opera is hailed as an exquisite masterpiece. The music is full of charms, which features not only coloratura aria Les oiseaux dans la charmille, but also romantic and wonderful Barcarolle. NCPA Opera Les Contes d’Hoffmann was premiered in 2013, under joint efforts from opera director Francesca Zambello and stage art designer Peter J. Davison.

Reporters were invited by the NCPA to visit rehearsal under the direction of Rehearsal Director Stephan Grögler.
Photo by WANG Xiaojing 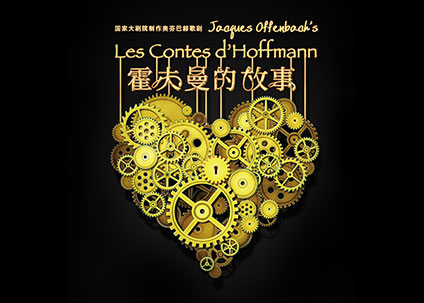