NCPA September/16/2020
To pay tribute to the great Chinese people, the NCPA will present a gala “The People Will Prevail” on September 19th based on ten artworks on the theme of fighting the epidemic, which has been released online.


Amid the epidemic, the NCPA acted swiftly to create ten artworks on “Fighting the Epidemic Together-NCPA in Action”. The gala consists of three chapters in four parts: Prologue, Heroes in the Harm’s Way, Response from China, and Destiny of Mankind. Beginning with the first movement of Beethoven’s Symphony No. 5 in C minor, Destiny, the first chapter of the concert will present three anti-epidemic-themed works, The Figure of Angel, To My Friends, and What Angels Say, as well as Va pensiero, sull'ali dorate, the famous excerpt from Verdi’s opera Nabucco.


More than 42,000 medical staff of 340 medical teams from all over China and the PLA had rushed to support Hubei province in the war against Covid-19. The first chapter will focus on the unsung heroes, including ordinary medical staff, military medical staff, logistical support staff, and community volunteer.


The “Response from China” chapter highlights the Chinese people’s eternal quest for and firm belief for a brighter future with the song Sisters and Brothers, the medley Unity is Power and Be Strong, Wuhan, the report The Severe Winter is Bound to Pass, and Spring is Here, the dance Until Then, the chorus China Will Rise, followed by the symphony Ode to the Red Flag and the second movement of the Destiny symphony by Beethoven. The performance will conclude with the chapter of “Destiny of Mankind”, which reflects the cultural commonality of all human beings in the face of the pandemic and ethnicity with the song Together We Are, the recitation with music Long Live the People, and the fourth movement of Beethoven’s Destiny Symphony.


The gala will be conducted by LÜ Jia and presented by dancer LI Xing, the NCPA Resident Opera Singers, NCPA Drama Ensemble, China NCPA Chorus and Orchestra. On September 26th, the performance will be streamed on the NCPA Classical Music Channel and many other online platforms. 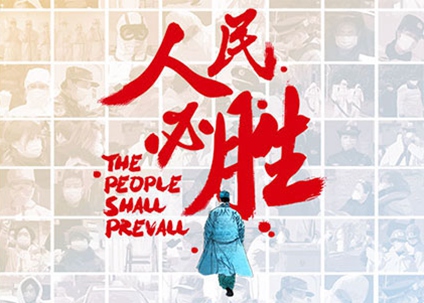 NCPA Gala to Honour the Fight Against Covid-19

NCPA Gala to Honour the Fight Against Covid-19