NCPA Opera La Traviata to come on for a 6th time

NCPA April/02/2021
2021 marks the 120th anniversary of Verdi’s death. In honour of this great composer, NCPA production of Verdi’s opera La Traviata will be staged for a sixth time from April 5th to 11th. On April 2nd, Vice President of NCPA ZHAO Tiechun and conductor YU Long attended the press conference with the opera singers ZHANG Liping, SHI Yijie, LIAO Changyong, ZHOU Xiaolin, KOU Jing and ZHANG Yang, and gave a presentation of the highlights.


NCPA opera La Traviata, produced under the leadership of the opera director Henning Brockhous, has been widely praised by the audience since its premiere. For this round of performance, the creative team and production team have optimized the dance and costumes on the basis of retaining the stage set presented in the first round of performance. From a double perspective offered by the “mirror” stage, the audience will see how the character psychology and social reality look both real and fictional in the dreamy stage scenery.


The famous conductor YU Long has conducted many versions of La Traviata. Five years ago, he raised his baton over NCPA La Traviata, leaving an unforgettable impression on the audience. In this round of performance, he will join hands with the Shanghai Symphony Orchestra to render the immortal melody by Verdi for the audience. This will also be the first time for the Shanghai Symphony Orchestra to participate in the performance of an NCPA production. 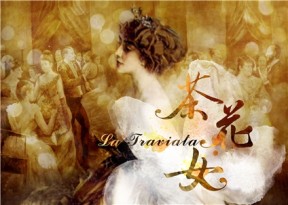