NCPA opera The Daughter of the Party goes to rehearsal

NCPA June/25/2021
At NCPA rehearsal hall, rehearsal of the NCPA opera The Daughter of the Party goes into full swing. The touching aria Azalea resounds throughout the rehearsal hall as a bloody counterattack against the enemy unfolds.


30 years ago, to celebrate the 70th anniversary of the founding of the CPC, the national opera The Daughter of the Party, based on the film of the same name written by LIN Shan, was premiered by the Opera Troupe of the General Political Department of the Chinese PLA (now the Art Troupe of the Chinese PLA). As soon as the opera was staged, it caused a fever among people of all walks of life with an intriguing plot along with moving melodies. Some students felt so inspired that they handed in their applications to join the CPC after watching the opera.


On the occasion of the 100th anniversary of the founding of the CPC and 30th anniversary of the debut, the opera will return on stage to ignite people’s righteous ardour and to enlighten them. The NCPA, supported by the Arts Department of the Ministry of Culture and Tourism, the Publicity Bureau of the Political Work Department of the Central Military Commission and the Arts Centre of the Chinese PLA, has assembled a top-tier line-up to revive it. Conductor LI Xincao, director WANG Jun, artists LEI Jia, LIAO Changyong, WU Jing, WANG Hexiang, XUE Haoyin, WANG Zenan, WANG Jing, JIANG Ning, KOU Jing, HUANG Xunguo and LIANG Yufeng will pay tribute to the classic and the centenary of the founding of the CPC through brilliant renderings together with the NCPA opera singers, China NCPA Chorus and Orchestra, as well as artists of Chinese National Traditional Orchestra.


The rehearsals and production of the opera have been carried out in an orderly manner. From July 13th to 18th, the NCPA’s production of The Daughter of the Party will be staged in Beijing, delivering an operatic feast to the audience. 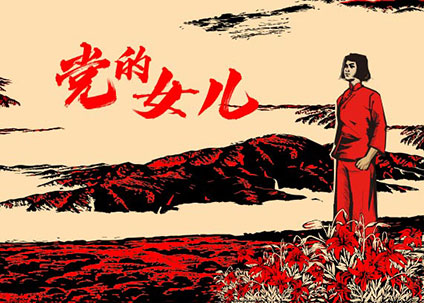